We work to improve the other side of the day, the place where you rest, rejoice, dream.

It was grandfather Osvaldo who started the business in 1946. These were the years in which Italy was rebuilding itself from the destruction of the war and the grandfather sensed the need to improve the quality of sleep to embrace a new form of well-being. He began in his workshop, which was also his home, replacing the mattress cloths now old and worn out, washing or changing them and then stitching them up with craftsmanship.

Gradually the business grew and at the beginning of the seventies grandfather Osvaldo passed the baton to his son Gianni, my father, who with an enterprising spirit transformed the laboratory into a company in step with the times, adapting production to new market demands. His continuous research of materials and production techniques led him over the years to develop and patent several very innovative and still current models

As a child, I spent many days in the company’s premises. that was my first school, I was very curious, I also had a snack there but never stopped asking questions of everyone and everything: I had become the mascot of the company! A training that has stayed with me.

This is a company that speaks to women, where creativity and respect for people are and remain the center of everything and every relationship. I think that women, by history and inclinations, can today be an added value for the scenarios of the economy to come, both from an organizational point of view and from a design point of view. In this respect, I strongly believe in their forecasting ability to decipher the signals that come from the behaviors and needs of  life, to anticipate the needs of new consumers to give a prompt, flexible and oriented response to future market demands.

In my company, to reach the quality of results, I consider very important the strength and energy of teamwork, making sure that the resources of each collaborator can intertwine with those of others and feeling a common responsibility for what one is doing. The current organization of our work takes into account this synergistic approach. Basically we work to improve the other side of the day, the place where you rest, rejoice, dream, and only shared work can ensure results for the height of the task. 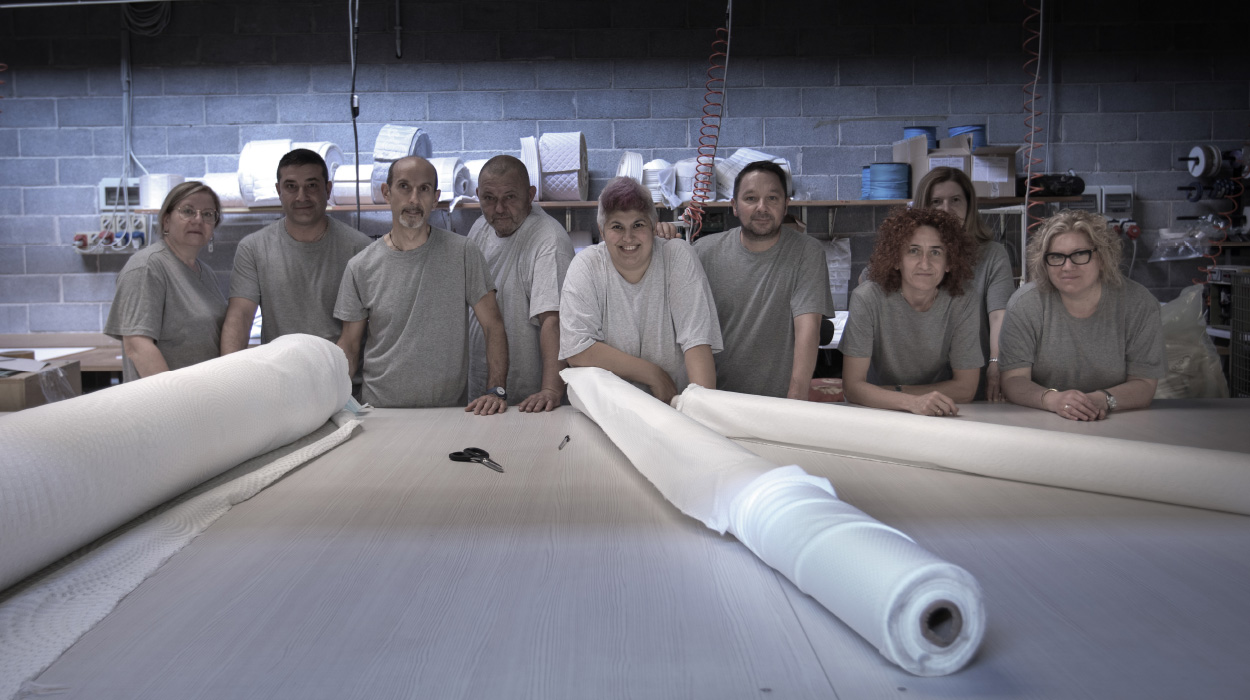